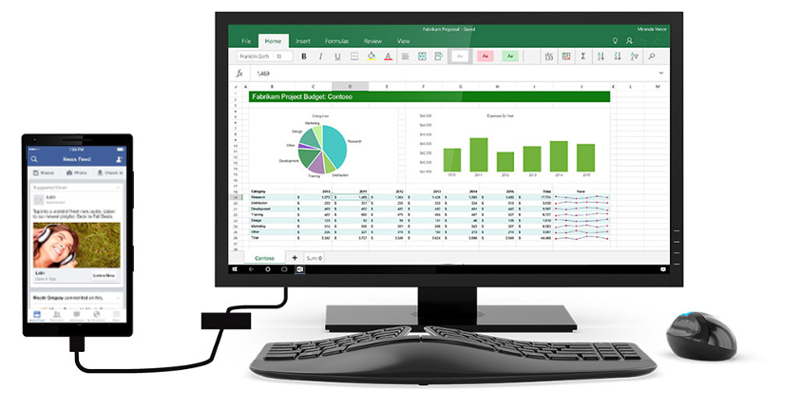 For years, the proponents of doom have claimed the end of the desktop or the demise of Microsoft’s Windows.  The evidence clearly states the sales of desktops have been slowly losing ground to the sales of mobile phones and tablets (generally referred as mobile devices).  Of course, 2-in-1 devices somewhat straddle the line, but let’s assume they fall in the desktop category for now.

I do not believe sales figures represent more than statistics used to prove bias of certain individuals.  More importantly, the desktop in its various forms (tower, laptop, 2-in-1) is clearly not going anywhere.

Do not be enchanted by these soothsayers and let anything they profess affect your decision-making process.

Every office I walk around is loaded with desktops.  More and more as the prices hit parity, the desktops are being replaced by laptops with docking stations (turning a laptop into a pseudo desktop when sitting at a desk).  And, the number one requirement I hear repeatedly is the ability to have multiple monitors – big monitors.

Thanks to Moore’s Law, computer performance has improved over time.  As a result, the average user sees computers as nothing more than a commodity.   The specifics are insignificant for everybody except the heaviest of users.

More important is the ability to “spread” work across two 20 inch landscapes or more.  This allows people to manage very wide spreadsheets, monitor email, and surf the web all while streaming their favorite music.  Although I am not a believer in multi-tasking, it is alive and living well inside American businesses.

So why the shortfall in sales numbers?

I remember a day when every household had 3.2 color televisions, 2.3 computers, and 2.1 kids.  At the time, it was the only way to shop online, send email and catch up with Internet gossip.  Occasionally, some work might be accomplished as well.

Since the advent of portable thinking devices (mobile phones, tablets, etc.), there is little reason to have multiple computers in the house.

Additionally, laptop computers are now powerful enough to use for both travel and in the office.  This eliminated the need to maintain two machines.  As well, some executives are even foregoing travel with a laptop computer in exchange for a high-end tablet.

There is no wonder the sales numbers are heading in a negative direction.  But let’s not assume the desktop computer is becoming any less useful or necessary.

We can access our email and calendars from a device only a couple of inches in size.  This is adequate for staying on track throughout our day.  But, can it provide a platform to work?

As the power of a mobile phones increases, it should be possible to plug in a monitor and mouse when at the office to replace the desktop.  But, the point here is everybody still wants the keyboard, mouse and big monitor to work.  This is a fact of human interaction and not a technology question.

The point… there is a proper tool for each “job”.  For years, we only had one tool – the desktop – which served all purposes.  Some were good and some were inadequate.  Now, we have choices.  But let us not mistake choices with the demise of any industry… quite yet.