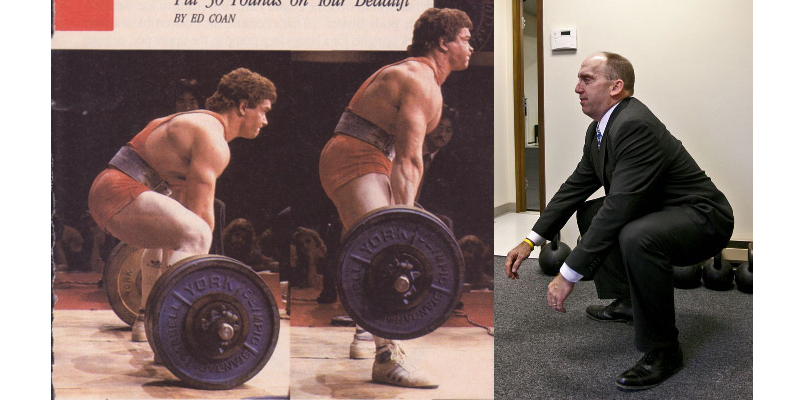 Ed Coan is arguably one of the greatest powerlifters of all time.  At 5’6” and 237lb., he lifted a combined 2,463 pounds with three competition movements (more on this later).  He is also accredited with the quote, “Everybody should lift like I do.”  Based on this principle, I suggest everybody run their business like a powerlifter.

Powerlifting is based on competing with three barbell lifts: squat, deadlift, and bench press.  Every competitor acknowledges a strongest and weakest lift. But every champion maximizes effort to achieve their greatest combined total.

In business, it is easy to get overwhelmed with too many KPI (Key Performance Indicators).  And often the measurements remain simple numbers with no inherent meaning.  The three powerlifting movements are all compound exercises requiring the coordination of multiple joints, different muscle groups and a lot of focus.

To judge a business, it is critical to find meaningful key metrics which demonstrate performance – either against the competition or yourself.  Simply looking at revenue or quantity sold is limiting.  Try measuring profits per employee, revenue over costs, or even something more complex like product count by-product costs by days held in inventory to measure the cost of holding inventory and not selling.

Powerlifting is not simply about three movements.  Between competitions, the lifter combats any identified weakness by using accessory and isolation movements as compliments to the big three.

A business aiming to compete on large goals needs to identify its strengths and weaknesses.  The key to challenging the weaknesses is improving process (technique), following a good plan, and working towards a defined goal.  Mostly, it is about focusing on the fundamentals and not being enamored with the latest fad or distracted with technology trends (But, everybody has a mobile app!).

I do not believe Ed Coan meant that everybody should target to lift the same amount of weight as he – Ed still holds multiple world records from as far back as 1983.  His principle follows the concepts and techniques that have worked from arguably one of the strongest and greatest lifters ever.

With technology becoming ever more accessible and personal efficiency tools readily available, every business should emulate the great companies of all time.  And, this does not imply simply following the biggest companies – unless that is your goal.

Identify those companies which have succeeded at a level beyond what came before.  Read about them, follow their paths, emulate.  Inevitably, I believe you will discover each lesson brings you back to the fundamentals (process, plan, and hard work) in order to compete on your big three key measurements of success.

I encourage you to get a firm grip and start lifting!