Business Lessons from This Is Spinal Tap 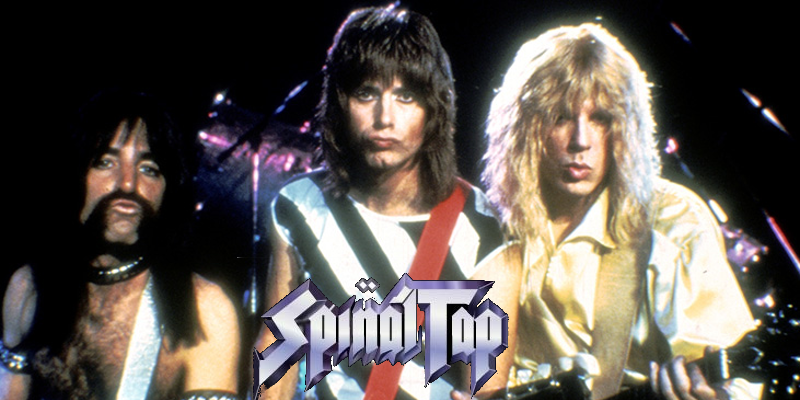 For the uninitiated, This Is Spinal Tap was a film directed by Rob Reiner back in 1984.  It was a documentary, rather a rock-umentary (or maybe mockumentary) about one of England’s loudest touring bands – Spinal Tap.  The entire escapade is as told through the lens of film director Marty DeBergi.

The front members of the band played by Michael McKean (David St. Hubbins), Christopher Guest (Nigel Tufnel), and Harry Shearer (Derek Smalls) take the viewer through the trials of a successful rock act.  Maybe follies and mishaps would better describe the storyline.

Although a cult favorite satire, the movie stands ripe with business lessons for any successful company.  Rather, warnings to heed.

I believe virtually everything I read, and I think that is what makes me more of a selective human than someone who doesn’t believe anything.  – David St. Hubbins

One side narrative which carries throughout the movie is the untimely and often unexpected demise of drummers.  From Chris “Poppa” Cadeau who was eaten by his pet python Cleopatra to John “Stumpy” Pepys who perished in a freakish gardening accident, the drummers’ fate proved dismal.  The most memorable was Peter “James” Bond.  He spontaneously combusted during a concert at the blues-rock (or was it a rock-blues) festival on the Isle of Lucy.

As catastrophic as all this seems, it is important to recognize the lesson… prepare for the unexpected.  No single person should be able to bring down an entire company.  Maintain a detailed understanding of how your processes work.  And, identify the bottlenecks and risks of those processes.  If there are people with a unique knowledge, either move that knowledge into systems or cross-train others.

They’re two distinct types of visionaries, it’s like fire and ice, basically. I feel my role in the band is to be somewhere in the middle of that, kind of like lukewarm water. – Derek Smalls

Stonehenge Should be 18 Feet Tall

There is a scene in the movie where the band is performing one of their rock-eerie hits, Stonehenge.  The plan, as drawn on a napkin, was to have an 18-foot-tall Stonehenge model drop to the back of the stage.  During the concert, an 18-inch-tall model dropped to the stage.  Cementing the scene were two little people dancing around the model like a children’s game.

Although the band was horrified, there was plenty of blame to go around.  To secure the outcome of any new idea, it is important to create a very specific requirement.  This should include details about your business and objectives before reaching to the means of creation.  And, make sure to review the request with a trusted source before making the “big” investment – development.

There’s something about this that’s so black, it’s like how much more black could this be? And the answer is none. None more black. – Nigel Tufnel

But, This One Goes to Eleven

By all standards, Nigel Tufnel is a legendary guitarist.  During an interview (with Rob Reiner as Marty DiBergi), he discusses the secret to his sound.  The knobs on his amps and guitars all go to eleven.  Logically, when the moment strikes, Nigel can simply push everything up to eleven.  Most bands will find themselves left behind as their equipment is only capable of going to ten.

As nonsensical as this might appear, it is brilliant!  Decide what makes your company unique or special.  Then, develop the systems to support the vision.  Before you dive into the systems though, bring everybody together to understand the value of the vision and not simply provide a requirement with instructions to “go build it”.

Although just a campy film, grab your air guitar and turn your company up to eleven!